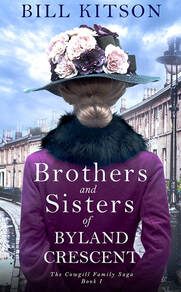 ​
​Please note this book was originally published as Byland Crescent, book one, Requiem.

From humble origins, the Cowgill family have bettered their lot. Through love and loss, hope and heartbreak, they work hard and face their troubles together, no matter what life throws at them.

Young, ambitious and in love, Albert Cowgill’s life is finally beginning in earnest. At just twenty-three, he has already been made partner at Haigh, Ackroyd & Cowgill — the best wool business in the city. He’s also just laid eyes on the prettiest girl he ever saw, Hannah Ackroyd.

Romance soon blossoms for Albert and Hannah, and they marry and set up home in Scarborough. But before long, clouds gather over Number 1, Byland Crescent.

Within a year, Albert’s family begins to disintegrate. His youngest daughter contracts consumption. His eldest son runs off with the housemaid.

As Europe teeters on the brink of war, Albert’s hopes for his youngest son — and his business — are dashed. Conflict will irrevocably change the Cowgill family’s way of life . . .

Discover the trials and tribulations of a Yorkshire family through the decades. 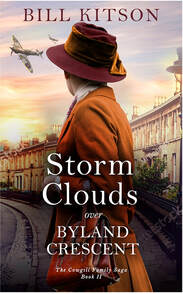 Sonny Cowgill is slowly regaining his memory. He was declared missing in action in the First World War,  presumed dead. But Sonny’s beloved wife Rachel found him and brought him home.

As he rebuilds his relationship with his wife and learns how to be a father to the son he never knew he  had, memories begin to resurface. Sonny remembers something that the Cowgill family thought lost  forever — the whereabouts of his eldest brother. James was disowned by their father and never seen  again  after he ran off with the housemaid. Can the family finally be reunited?

Sonny also discovers that the family’s business is in ruins. His cousin Clarence was left in charge  after the war, but has just been charged with embezzlement, and even worse, murder.

Not for the first time, the Cowgill family must rebuild their reputation — and their business. But before long, tragedy strikes again as Europe is pulled toward another devastating war.
​Please note this book was originally published as Byland Crescent, book three, Retribution. 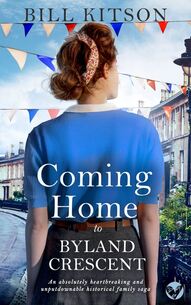 World War Two is finally over. But for the Cowgill family there are fresh challenges to face and new      battles to be fought.
At last, Sonny and Rachel Cowgill hear the news they’ve been so desperate for. Their son Mark, who was injured in the very last days of the fighting, will make it home in time for Christmas.
But their youngest son Billy has not been so lucky. He was declared missing in action in Crete and is presumed dead. Sonny and Rachel are learning to give up hope of seeing him again.

Meanwhile, in Australia, Luke Fisher returns from the German prisoner of war camp where he was interned. His beloved fiancée Isabella Finnegan is waiting for him.
But all is not well. Luke discovers that one of the Fisher Spring mining companies has been illegally poisoning the plant’s water, making the local population seriously ill – including his fiancée’s mother.

Can Luke put things right to rescue his loved ones — and his business — in time?